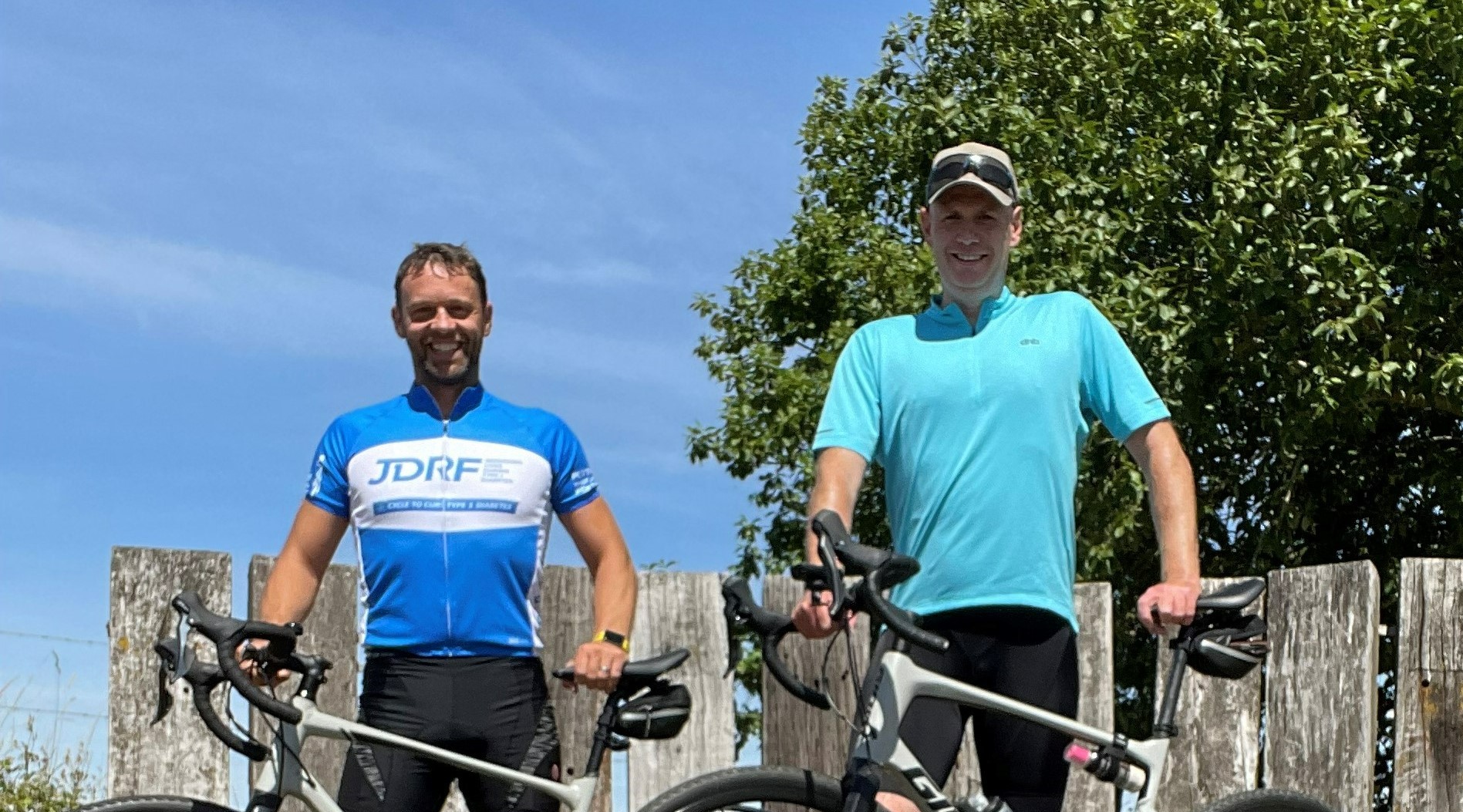 Leukaemia UK supporter, Alistair, who lost is mum to leukaemia less than a year ago, is setting out on an extreme fundraising challenge. Alistair, who is from Lincoln, and his friend Simon, are climbing three of the UK’s highest peaks and cycling 650km between them.

Alistair’s mum Judy, who lived near Market Weighton in the East Riding of Yorkshire, died in September last year. She was in her late 70s – a common age for leukaemia diagnosis – but was otherwise fit and active.

Alistair said: “In the first lockdown in the summer of 2020, mum was admitted to hospital in Hull for tests as she had abdominal pain. It turned out to be an obstruction in her bowel, which subsequently had to be removed. On doing tests on the lump that was removed, a rare form of cancer was identified – however at the time the doctors could not pinpoint it. Following this she returned for general check-ups and in doing so they identified the leukaemia in her bone marrow. She didn’t have the common leukaemia symptoms such as fatigue, night sweats and bruising. But when the medical team started running tests, they realised something else was wrong.”

Judy was diagnosed with a rare form of leukaemia called myeloid sarcoma.

“The leukaemia developed very quickly,” said Alistair. “I can remember like it was yesterday being in the consultation room with my mum whilst the doctor confirmed that there was nothing else that could be done.” Thiswas a year to the day that Alistair starts his challenge.

“My mum was 79 years old. She didn’t ask how long she had but as I sat there with her I knew she wanted to fight it still no matter what. It crushed me to watch her break down that day knowing that she was fighting a losing battle against an opponent that showed no mercy at all.

“I stayed behind to ask how long we had and was told around eight weeks. I couldn’t believe it at the time as my mum was perfectly mobile for her age, eating reasonably okay and in reasonable spirits. This even continued for a good two to three weeks from there.

“Then she deteriorated fast and the last two weeks were the hardest and longest weeks I have ever had. It was more or less eight weeks to the day since that consultation in the hospital that she sadly passed away.”

Twenty eight new patients are diagnosed with leukaemia every day in the UK – more than one every hour. Each year over 40% of all new leukaemia cases in the UK occur in people aged 75 and over.

“Alistair is taking on an incredibly impressive challenge, and the money he raises will help Leukaemia UK continue to fund life-changing research to accelerate progress in diagnosis, treatment and care for leukaemia patients. Thanks to the amazing efforts of supporters like Alistair, and together with our community, we can help stop leukaemia devastating lives.”

Alistair has done some climbing before but is new to cycling. Simon is also new to cycling but is a fully qualified personal trainer.

“We wanted a challenge that would mean us both being at our physical and mental limits, something that could in essence be failed, something that no matter how much it hurt, we would push through as no hurt would replace what my mum went through or Simon’s daughter faces on a daily basis.”

The pair are going to climb three of the highest peaks in the UK by the most challenging routes. They will cycle between each one – a total of 650km. Their route will start at Ben Nevis and they will then cycle to Glenridding in the Lakes, climb Helvellyn via Striding Edge and then cycle to Snowdon where the hardest trek awaits – Snowdon via the horse shoe which encompasses the knife edge ridge which is Crib Goch. They will travel a total of 650km on the bike, trek 50km and climb 3,500m.

Their challenge will start on Saturday 30th July and is expected to take 7 days.

A unit funded by Leukaemia UK which allows people with blood cancer to have stem cell transplants as out-patients has been officially opened by its first patient, Nick Boles MP

Supporter Tom Gribby brought together an impressive cast for The Pirate Queen production at the London Coliseum in February 2020, raising more than £10,000 for our cause.

CLL: Unravelling the regulation of surface proteins and signalling inside CLL cells

CLL: Unravelling the regulation of surface proteins and signalling inside CLL cells